Music, magic and the moon
part of free SummerFest
scheduled for Friday, July 19 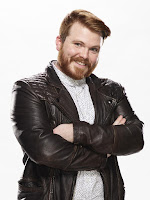 
Music, magic and the moon are the order of the day when SummerFest kicks off at the Red River County Public Library.

The event will be from 1-4 p.m. Friday, July 19, at library, 307 N. Walnut. SummerFest will mark the conclusion of the 2019 Summer Reading Program, and is free and open to the public.

Trey Rose, a contestant on Season 16 of The Voice, will perform at 1 p.m. Rose, a native of Hugo, Okla., first took the stage at the age of 17 when his father took him to an open mike night at a bar. The owner was so impressed with Rose’s performance that he asked him to sing the night out. Since making a name for himself on the national level, Rose has traveled the country performing. His musical style has been compared to that of Gavin Degraw and Rob Thomas.

At 3 p.m. Darryl the Magician will take the stage. Darryl Miller was an understudy of Bobo the Magician, who performed countless times at Clarksville schools. Miller has performed as the opening act for Dan Seales, David Ball, Billy Joe Royal, Jo’El Sonnier and former Arkansas Gov. Mike Huckabee. Miller combines classic magic, ilusions and humor in this show.

At 2 p.m. there will be several space-related crafts available for children. The Summer Reading Program theme this year is A Universe of Stories, which ties in to the 50th anniversary of the moon landing and NASA’s 60 years of achievements. This summer children are learning about space exploration through stories, crafts and other activities.

Red River County Public Library is one of 4,800 libraries featured on the “Summer of Space” map, which shows which libraries serve as centers of space science learning for their communities. Most of the libraries are in the United States, but there is one in India, one in Japan, one in Taiwan and one in the Mariana Islands.