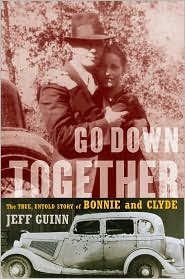 Forget everything you think you know about Clyde Barrow and Bonnie Parker. Previous books and films, including the brilliant 1967 movie starring Warren Beatty and Faye Dunaway, have emphasized the supposed glamour of America's most notorious criminal couple, thus contributing to ongoing mythology. The real story is completely different--and far more fascinating.
In Go Down Together: The True, Untold Story of Bonnie and Clyde, bestselling author Jeff Guinn combines exhaustive research with surprising, newly discovered material to tell the real tale of two kids from a filthy Dallas slum who fell in love and then willingly traded their lives for a brief interlude of excitement and, more important, fame. Their timing could not have been better--the Barrow Gang pulled its first heist in 1932 when most Americans, reeling from the Great Depression were desperate for escapist entertainment. Thanks to newsreels, true crime magazines, and new-fangled wire services that transmitted scandalous photos of Bonnie smoking a cigar to every newspaper in the nation, the Barrow Gang members almost instantly became household names on a par with Charles Lindbergh, Jack Dempsey, and Babe Ruth. In the minds of the public, they were cool, calculating bandits who robbed banks and killed cops with equal impunity.
Nothing could have been further from the truth. Clyde and Bonnie were perhaps the most inept crooks ever, and their two-year crime spree was as much a reign of error as it was terror. Lacking the sophistication to plot robberies of big-city banks, the Barrow Gang preyed mostly on small mom-and-pop groceries and service stations. Even at that, they often came up empty-handed and were reduced to breaking into gum machines for meal money. Both were crippled, Clyde from cutting off two of his toes while in prison and Bonnie from a terrible car crash caused by Clyde's reckless driving. Constantly on the run from the law, they lived like animals, camping out in their latest stolen car, bathing in creeks, and dining on cans of cold beans and Vienna sausages. Yet theirs was a genuine love story. Their devotion to each other was real as their overblown reputation as criminal masterminds was not. 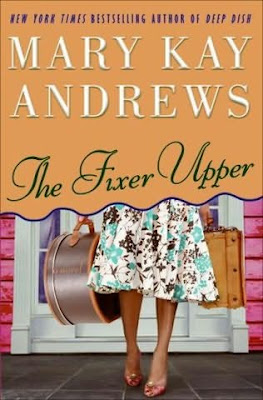 After her boss in a high-powered Washington public relations firm is caught in a political scandal, fledgling lobbyist Dempsey Jo Killebrew is left almost broke, unemployed , and homeless. Out of options, she reluctantly accepts her father's offer to help refurbish Birdsong, the old family place he recently inherited in Guthrie, Georgia. All it will take, he tells her, is a little paint and some TLC to turn the fading Victorian mansion into a real-estate cash cow.
But, oh, is Dempsey in for a surprise when she arrives in Guthrie. "Bird Droppings" would more aptly describe the moldering Pepto Bismol-pink dump with duct-taped windows and a driveway full of junk. There's also a murderously grumpy old lady, one of Dempsey's distant relations, who has claimed squatter's rights and isn't moving out. Ever.
Furthermore, everyone in Guthrie seems to know Dempsey's business, from a smooth-talking real-estate agent to a cute lawyer who owns the local newspaper. It wouldn't be so bad if it weren't for the pesky FBI agents who show up on Dempsey's doorstep, hoping to pry information about her ex-boss from her.
All Dempsey can do is roll up her sleeves and get to work. And before long, what started as a job of necessity somehow becomes a labor of love and, ultimately, a journey that takes her to a place she never expected--back home again.