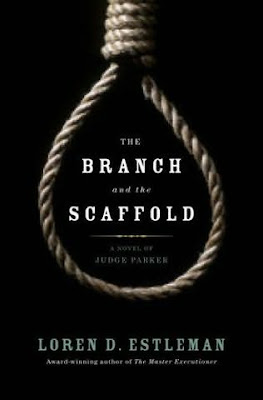 When Judge Isaac Parker first arrived in Fort Smith, Arkansas, the town had a corrupt court and a lawless territory roughly the size of Great Britain, Parker immediately put the residents on notice by publicly hanging six convicted felons at one time. For the next two decades, his stern and implacable justice brought law and order to the West...and made him plenty of enemies.

As the sole law on the untamed frontier, Parker tried civil and criminal cases throughout the Western District of Arkansas and the Indian Nations. Only God and the president had the power to challenge Parker. His severe judgments, which scandalized Washington and the Eastern press, took an onerous toll on his private life, but the "Hanging Judge of the Border" never flinched from his duty. Over the years, he and his marshals, dubbed "Parker's Men," ran up against some of the most colorful and dangerous outlaws the West had to offer, including the notorious Dalton Gang; Belle Starr, the Bandit Queen; the murderous Cherokee Bill; and Ned Christie, who carried on a private war against the U.S. government for seven years. 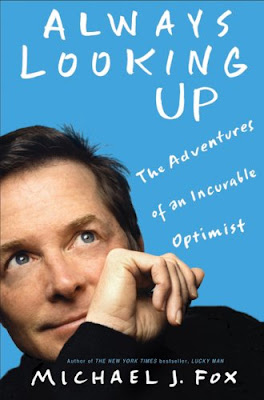 There are many words to describe Michael J. Fox: Actor. Husband. Father. Activist. But readers of Always Looking Up will soon add another to the list: Optimist. Michael writes about the hard-won perspective that helped him see challenges as opportunities. Instead of building walls around himself, he developed a personal policy of engagementand discovery: an emotional, psychological, intellectual, and spiritual outlook that has served him throughout his struggle with Parkinson's disease. Michael's exit from a very demanding, very public arena offered him the time--and the inspiration--to open up new doors leading to unexpected places. One door even led him to the center of his own family, the greatest destination of all.
More New Arrivals....
Best Intentions, by Emily Listfield
Brimstone, by Robert B. Parker
Cold Light of Mourning, by Elizabeth J. Duncan
Do-Over, by Robin Hemley
First Family, by David Baldacci
From Lump to Laughter, by Connie Hill
8th Confession, by James Patterson
Intent to Kill, by James Grippando
Last Child, by John Hart
Late, Lamented Molly Clark, by Sally Koslow
The Legend of Sigurd and Gudrun, by J. R. R. Tolkien
Marine One, by James W. Huston
Mr. and Miss Anonymous, by Fern Michaels
My Remarkable Journey, by Larry King
Perfect Poison, by Amanda Quick
Return of the Mountain Man, by William W. Johnstone
Road to Jerusalem, by Jan Guillon
Up Till Now, by William Shatner
Posted by Library at 12:18 PM