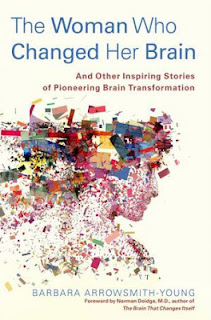 Barbara﻿ Arrowsmith-Young was born with severe learning disabilities that caused teachers to label her slow, stubborn-or worse. As a child, she read and wrote everything backward, struggled to process concepts in language, continually got lost, and was physically uncoordinated. She could make no sense of an analogue clock. But relying on her formidable memory and iron will, she made her way to graduate school, where she chanced upon research that inspired her to invent cognitive exercises to "fix" her own brain. The Woman Who Changed Her Brain interweaves her personal tale with riveting case histories from her more than thirty years of working with children and adults.
Recent discoveries in neuroscience have conclusively demonstrated that, by engaging in certain mental tasks or activities, we actually change the structure of our brains-from the cells themselves to the connections between cells. The capability of nerve cells to change is known as neuroplasticity, and Arrowsmith-Young has been putting it into practice for decades. With great inventiveness, after combining two lines of research, Barbara developed unusual cognitive calisthenics that radically increased the functioning of her weakened brain areas to normal and, in some areas, even above-normal levels. She drew on her intellectual strengths to determine what types of drills were required to target the specific nature of her learning problems, and she managed to conquer her cognitive deficits. Starting in the late 1970's, she has continued to expand and refine these exercises, which had benefited thousands of individuals. 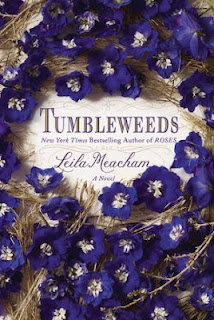 Recently orphaned, eleven-year-old Cathy Benson feels she has dropped into a cultural and intellectual wasteland when she is forced to move her academically privileged life in California to the small town of Kersey. Here in the Texas Panhandle where the sport of football reigns supreme, she is quickly taken under the unlikely wings of up-and-coming gridiron stars and classmates John Caldwell and Trey Don Hall. Like herself, they are orphans-with whom she forms a friendship and eventual love triangle that will determine the course of the rest of their lives.
Taking three friends through their growing-up years until their high school graduations when several tragic events uproot and break them apart, then expands to follow their careers and futures until they reunite in Kersey at forty years of age.


After enjoying the pizzas and drinks, the children were given "worm" bookmarks made by one of the members of the class. Each child received a certificate signifying that they had completed the course.

They also were given their notebooks which contained various information about the lessons. It is our hope that they will add to the notebooks as they learn more about our natural world.
The Red River County Public Library and members of the Texas Master Naturalist organization  plan to hold the classes again next year. Signup will be held at the library in February, 2013. Watch for the announcement in January, 2013!

Well, our discovery of nature has been loads of fun, but now the classes are almost over for the year. Our group had a fun time assembling  their lapbooks. For those of you new to lapbooking, our books contain minibooks featuring our lessons about nature. The children's books were all different, as each child added their creative touches.


The children also harvested their last vegetables from the garden -- tomatoes, bell peppers, and cucumbers.