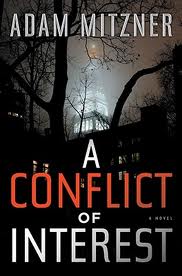 Alex Miller is a criminal defense attorney and, at thirty-five, the youngest partner in one of the most powerful law firms in New York City. He's a man at the top of his game with the life he's always dreamed of, complete with a loving wife, who remains patient with his long hours and high-stakes cases, and a beautiful young daughter.
At his father's funeral, Alex meets Michael Ohlig- a mysterious and nearly mythic firgure in the Miller family history--who presents Alex with a surprising request: to represent him in a high-profile criminal investigation...an alleged brokerage scam that has lost hundreds of millions of dollars for investors. Wealthy beyond words, Ohlig insists he has done nothing wrong, and Alex, who's experienced enough to know that clients always lie, uncharacteristically believes him.
But as the facts come out, shocking secrets are revealed that threaten everything Alex believes in--about the law, his family, and himself. But his desperate need for the truth propels Alex to unscrupulous depths, and to confront a past defined by deception and a future in jeopardy...with the realization that one false step could destroy everything Alex holds dear. 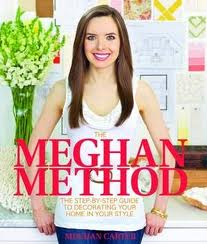 ANYONE CAN DECORATE.
ANYONE.
Most people dream of having an interior designer swoop in ans save them. But you don't need that.
You already have what it takes to decorate. The talent. The creativity. All your missing is the know-how, and that's exactly what this book gives you.
Meghan walks you through each step of the decorating process, starting with determining what you want and ending with your dream room--a room perfectly tailored to your wants and needs. And while you may think an interior designer could create a better version for you, she begs to differ. No one knows what you love better than you. Which is why, you'll always be your own best decorator.
To make the process as easy as can be, included are many full-color photo examples along with simple worksheets with step-by-step instructions that make decorating absolutely foolproof.
Don't forget these books....
Bad Things Happen, by Harry Dolan
BetterPhoto Basics, by Jim Miotke
A Dance With Dragons, by George R. R. Martin
Digital Photgraphy Book, by Scott Kelby
A Drop of the Hard Stuff, by Lawrence Block
Escape, by Barbara Delinsky
Eyes Wide Open, by Andrew Gross
Game of Secrets, by Dawn Tripp
Identity, Lost, by Pascal Morco
Iron House, by John Hart
Never Knowing, by Chevy Stevens
You're Next, by Gregg Hurwitz
Posted by Library at 4:59 PM No comments: