Check out these new titles... 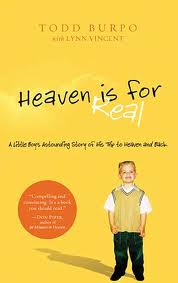 When Burpo made it through an emergency apendectomy, his family was overjoyed at this miraculous survival. What they weren't expecting, though, was the story that emerged in the months that followed--a story as beautiful as it was extraordinary, detailing their little boy's trip to heaven and back.
Colton, not yet four years old, told his parents he left his body during the surgery--and authenticated that claim by describing exactly what his parents were doing in another part of the hospital while he was being operated on. He talked of visiting heaven and relayed stories told to him by people he met there whom he had never met in life, sharing events that happened even before he was born. He also astonished his parents with descriptions and obscure details about heaven that matched the Bible exactly, though he has not yet learned to read. 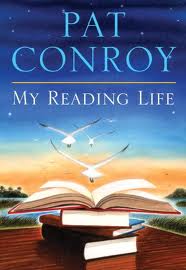 Pat Conroy, the beloved American storyteller, is a voracious reader. Starting as a childhood passion that bloomed into a lifelong companion, reading has been Conroy's portal to the world, both to the farthest corners of the globe and to the deepest chambers of the human soul. His interests range widely, from Milton to Tolkien, Philip Roth to Thucydides, encompassing poetry, history, philosophy, and any mesmerizing tale of time creating a vast reservoir of playful turns of phrase, dazzling flashes of description, and snippets of delightful sound, all just for his love of language. But for Conroy reading is not simple a pleasure to be enjoyed in off hours or a source of inspiration for his own writing. It would hardly be an exaggeraton to claim that reading may have saved his life-and if not his life, then surely his sanity.
In My Reading Life, Conroy revisits a life of reading through an array of wonderful and often surprising anecdotes: sharing the pleasures of local library's vast cache with his mother when he was a boy, recounting his decade-long relationship with the English teacher who pointed him onto the path of letters, and describing a profoundly influential period he spent in Paris, as well as reflecting on other people, places, and experiences. His story is a moving and personal one, girded by wisdom and an undeniable honesty. Anyone who not only enjoys the pleasures of reading but also believes in the power of books to shape a life will find here the greatest defense of that credo.
Don't forget these......
Anatomy of Strength Training, by Pat Manocchia
﻿Assault with a Deadly Glue Gun, by Lois Winston
Elfland, by Freda Warrington
Inconceivable, by Carolyn Savage
Kay Thompson From Funny Face to Eloise, by Sam Irvin
Known and Unkown, by Donald Rumsfeld
Moonwalking With Einstein, by Joshua Foer
Power Down, by Ben Coes
Switch, by Chip Heath
Three Stages of Amazement, by Carol Edgarian
Tick Tock, by James Patterson
Tiger's Wife, by Tea Obreht
Unplanned, by Abby Johnson
Weird Sisters, by Eleanor Brown
The Write Start, by Jennifer Hallissy
7 Wonders That Will Change Your Life, by Glenn Beck
Posted by Library at 3:45 PM No comments:

Last week's session (7) was rather chilly outside.  But the onions are growing! 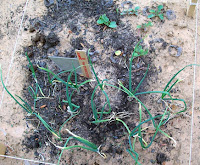 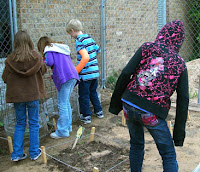 We had two interesting lessons inside on the web of life and blueberries. 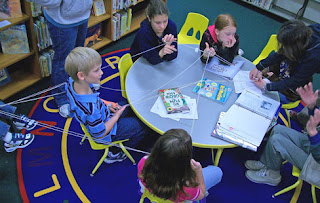 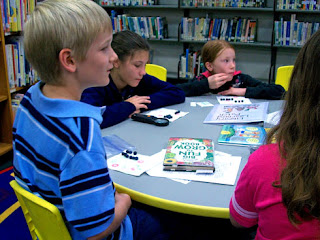 Posted by Library at 3:52 PM No comments: 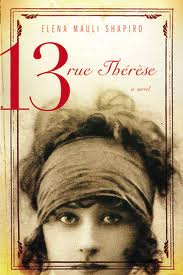 Trevor Stratton is an ﻿American professor and translator, newly arrived at a Paris university. There, in his office, he discovers a box filled with letters, photographs, and antique ovjects--a beautiful paiar of gloves, a rosary, and a silk scarf. Whose life is preserved here? And who has left this mystery for him to find?
The artifacts tell the story of the box's owner, Louise Brunet, who lived in Paris through both world wars. Trevor is captivated by her tale: her unruly love for a cousin who died in WWI, her comfortable marriage to a man who works for her father, and her passionate attraction to a neighbor in her building at 13, rue Therese. But the artifacts tell just a part of the story. Trevor almost deliriously envisions the rest, consumed by thoughts of Louise. Or is it Josianne, his alluring assistant, who rules his imagination?
Look for these titles as well....
Clara and Mr. Tiffany, by Susan Vreeland
﻿Dancing Lessons, by Cheryl Burke
Galway Bay, by Mary Pat Kelly
I Beat The Odds, by Michael Oher
The Jungle, by Clive Cussler
Minding Frankie, by Maeve Binchy
Mr. Chartwell, by Rebecca Hunt
Redemption, by Stacey Lannert
Waterfall, by Lisa Tawn Bergren
Words, by Ginny L. Yttrup
Posted by Library at 4:45 PM No comments:

The Red River County Public Library was the recepient of a BOOKS FOR CHILDREN grant from the Libri Foundation.

From the Foundation's brochure:


The Foundation supports the concept that children who learn to enjoy reading at an early age continue to read throughout their lives. In order to develop a love of reading, children must have access to books. For many children in rural communities, the local public library is their primary source of these books.


The Foundation, by matching funds with local organizations, enables a library to obtain children's books it could not otherwise acquire due to budgetary constraints.


The local librarian, familiar with the needs of the library and the community selects the books from a list provided by the Foundation. All the titles have won awards or have been highly recommended by recognized authorities in the library and education fields.

The library received $1,400 worth of quality childrens's books: fiction, non-fiction, math, and science books. $1050 was provided by the Libri Foundation and $350 from our local Friends of the Library. This translated into 84 new books for our children's department.

For the time being, these delightful books are being shelved together in a special location so they can be browsed and appreciated.


Bring your children and grandchilren by the library and share the bounty of these lovely books with them.
Posted by Library at 3:10 PM No comments: