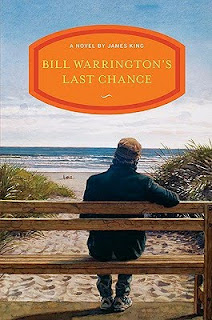 Bill Warrington's three children escaped their father's domineering presence long ago, but with a new diagnosis that threatens his mind and his most cherished memories, this monumentally stubborn ex-Marine is determined to patch up their differences before it's too late.
The younger Warrington's, however, have their own issues to contend with: Marcy's struggles to raise her headstrong teenage daughter on her own; Nick's ability to move on with his life after his wife's death; and Mike' egomaniacal, self-absorbed philandering that threatens his career and his own family. When all three grown siblings greet Bill's overtures with wary indifference, he improvises a scheme none of them could of foreseen: skip town with Marcy's fifteen-year-old daughter, April, whose twin ambitions to learn how to drive and to find rock stardom on the West Coast make her his perfect-and perfectly willing-abductee.
Despite his carefully crafted clues as to their whereabouts, Bill's plan to force a family reunion soon veers dangerously off course. His dementia worsens more quickly than anticipated, and April finds herself behind the wheel of his beloved Chevy Impala, dealing with situations no fifteen-year-old should have to face while gaining surprising insights into a complex family history that emerges from Bill's fragmented flights into the past. With the American heartland yielding to the Rockies, and her mother and uncles grapping with their own recollections as they scramble to find her, April's resolve to protect her grandfather-and honor his final lucid wishes for them all-culminates a tour de force of reconciliation and atonement. 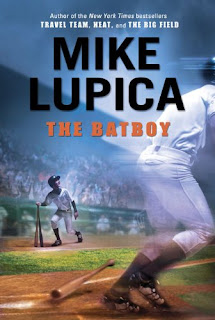 Brian Dudley is living every baseball kid's dream. He is a batboy for his hometown Major League team. And he's finally seeing the game the way his big-leaguer dad sees it: from the inside.
But it's more than that for Brian. His dad loved the game so much that he chose it over Brian and his Mom. Now Brian believes his new job will finally bring them closer together. Then Hank Bishop, Brian's baseball hero, returns to the Tigers for the comeback of a lifetime, and Brian knows his summer couldn't possibly get any better. Until Hank Bishop shows his true colors...and their not so different from his dad's.


DON'T FORGET THESE...............
The Big Field, by Mike Lupica
Encyclopedia of Business Letters, Faxes, and E-Mail, by Robert Bly
Guerrilla Marketing for Job Hunters, by Jay Conrad Levinson
How to be an American Housewife, by Margaret Dilloway
The Littlest Leaguer, by Syd Hoff
The Lucky Baseball Bat, by Matt Christopher
Master the Civil Service Exams, by Shannon Turlington
Resume Magic, by Susan Whitcomb
Posted by Library at 4:29 PM No comments:

When Arthur Rook learns that his vital, creative wife, Amy, has been killed in an accident, he realizes to his horror that he has no idea what her last wishes would have been. Blindsided by the sudden loss and delirious grief, he flees his home and job in Los Angeles, guided only by a pink shoebox full of Amy's keepsakes. Among the contents, he finds an unmailed postcard written sixteen years earlier, addressed to a woman he's never heard of. Arthur follows it to the Darby-Jones boardinghouse in the sleepy town of Ruby Falls, New York.
There, he finds more answers than he bargained for in Mona Jones, Amy's best friend from childhhod, now the proprietor of the Darby-Jones and a professional baker of wedding cakes. It turns out that Mona and her daughter, Oneida, two quirky kindred spirits, have a lot to learn from Artur as well. As the three gradually unveil one another's secrets, they are forced to choose whether the truth will ruin them or teach them about love: how deeply it runs, how strong it makes us, and, even when all seems lost, how it brings us together and gives our lives meaning.
AND MORE BOOKS.......
Autumn's Promise, by Shelley Shepard Gray
Blue-Eyed Devil, by Robert B. Parker
The Cheapskate Next Door, by Jeff Yeager
Glass Rainbow, by James Lee Burke
Ice Cold, by Tess Gerritsen
In The Name of Honor, by Richard N. Patterson
Lady of the Butterflies, by Fiona Mountain
On the Outskirts of Normal, by Debra Monroe
The Overton Window, by Glenn Beck
So Cold the River, Michael Koryta

Posted by Library at 2:44 PM No comments: