Care and Feeding of Sprites, by Holly Black
In The Woods, by Tana French
Last Oracle, by James Rollins
Last Patriot, Brad Thor
Likeness, by Tana French
Nixies Song, by Tony Diterlizzi
Rogue, by Danielle Steel
Tribute, by Nora Roberts
Posted by Library at 9:54 AM No comments: 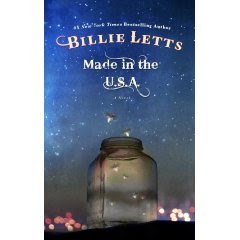 Lutie McFee's history has taught her to avoid attachments...to people, to places, and to almost everything With her mother long dead gone to find his fortune in Las Vegas, fifteen-year-old Lutie lives in the godforsaken town of Spearfish, South Dakota, with her eleven-year-old brother, Fate, and Floy Satterfield, the three-hundred-pound ex-girlfriend of her father. While Lutie shoplifts for kicks, Fate spends most of his time reading, watching weird TV shows, and worrying about global warming. As if their life were not dismal enough, one day, while shopping in the local Wal-Mart, Floy keels over and the two motherless kids are suddenly faced with the choice of becoming wards of the state or high-tailing it it out of town in Floy's old Pontiac. Choosing the latter, they head off in search of a father who has no known address, no phone number, and no particular interest in the kids he left behind.

Posted by Library at 2:42 PM No comments:

Have you ever wondered how the states got their shapes?

Find out the answers in: 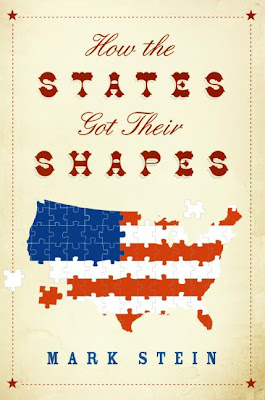 How The States Got Their Shapes examines:
*Why West Virginia has a finger creeping up the side of Pennsylvania
*Why Michigan has an upper peninsula that isn't attached to Michigan.
*Why some Hawaiian islands are not Hawaiian.
*Why Texas and California are so outsized, especially when so many Midwestern states are nearly so identical in size.

Packed with fun oddities and trivia, this entertaining guide also reveals the major fault lines of American history, from ideological intrigues and religious intolerance to major territorial acquisitions. Adding the fresh lens of local geographic disputes, military skirmishes, and land grabs, Mark Stein shows how the seemingly haphazard puzzle pieces of our nation fit together perfectly.
Posted by Library at 12:01 PM No comments:

To better serve our patrons, we have added a Live Chat feature to our blog. You will find it in the gray box in the sidebar to the left.


When a librarian is logged on, you will see a green icon next to the words "Library is online".


Before beginning a dialogue, enter your name in the "edit nick" space at the bottom of the box.


Type your message, hit enter and allow a few moments for a librarian to answer.


Messages sent via the Live Chat are private, viewable only by the sender and the library. Once you leave our blog, the dialogue is no longer visible.


We hope this feature will be useful for rechecks, reserves and quick questions. We will not be able to do extensive research using Live Chat.
Posted by Library at 1:43 PM No comments: 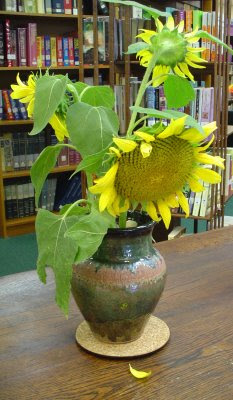 These large sunflower blooms are from volunteer plants that came up aroud a bird-feeding station. These are of an unknown cultivating species. However, these plants were developed from native species by plant scientists.

Western North America is the home of the sunflowers which carpet many fields and adorn roadsides with gold. There are twenty to thirty species.

All native sunflowers have long (or occasionally reddish) rays and yellow or brown-purple disks. 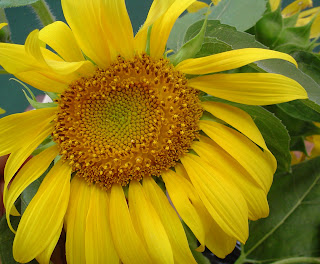 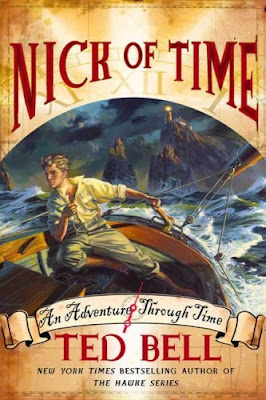 " An immensely appealing book...Nick is the pluckiest, most likable boy-hero since Robert Lewis Stevenson's David Balfour (Kidnapped). With great battle scenes; lots of nautical jargon; and themes of courage, integrity, and honor, this book will appeal to restless boys who can never find books written just for them. Three huzzahs and a great big 21-gun salute to Bell for his first novel for kids." --School Library Journal, Jane Henrikson Baird

" Nick of Time is a blast--the best of Robert Lewis Stevenson, Horatio Hornblower, and Harry Potter. The kid in me loved it, and so did the adult."
--James Patterson

"A brilliant adventure, hidden within a rolling saga, tucked inside an intriguing mystery. That's Nick of Time. Ted Bell proves that he's the master of swashbuckling for both young and old."
--Steve Berry

Adventure in Flying, by Jack Elliott
Coast Lines: How Mapmakers.., by Mark Monmonier
Fearless Fourteen, by Janet Evanovich
Fortunes Fool, by Mercedes Lackey
How to Behave and Why, by Munro Leaf
How to Speak Politely and Why, by Munro Leaf
Love The One Your With, by Emily Giffin
Manners Can Be Fun, by Munro Leaf
Moving Forward: Taking the Lead in Your Life, by David Peltzer
Murder Notebook, Jonathan Santlofer
Mustang: The Saga of the Wild Horse, by Deanne Stillman
Nothing to Lose, by Lee Child
Resurrectionist, by Jack O'Connell
Richest Season, by Maryann McFadden
Simplexity: Why simple things become.., by Jeffrey Kluger
Snow Queen, by Mercedes Lackey
Still Growing, by Kirk Cameron
Tailspin, by Catherine Coulter
Walking with God, by Hohn Eldredge
Woman in Red, by Eileen Goudge
The Woman Who Can't Forget, by Jill Price
Writing Class, Jincy Willett 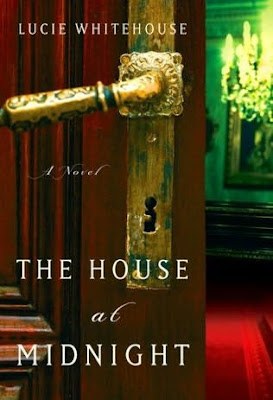 At 30 Londoner Joanna still spends her free time with her Oxford college friends, now with burgeoning careers and allon the cusp of real adulthood. Lucas, Joanna's closest friend and prolonged crush, inherits Stoneborough Manor, a huge and imposing house in the Cotswold countryside filled with priceless art, where all the college friends are to spend every weekend together. The first visit, on New Year's Eve, doesn't start well, as the Londoner's get lost. To Joanna, the manor has a threatening and unsettling aura, and indeed, the big, dark, vaguely confusing house with its secrets and disappointments works well as an allegory for moving into the responsibilities and fears of growing up. Joanna and her friends proceed to deal with the unknown, some well, others destructive.
--Publishers Weekly

Posted by Library at 1:01 PM No comments: