To Finish or Not to Finish? 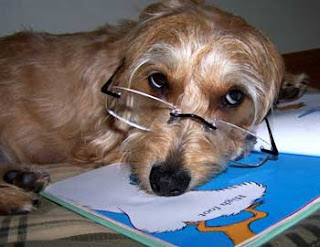 That is an interesting observation I’ve made through the years.

There are those readers among us, myself excluded, who will plod through a novel and finish it because they have started it and feel duty-bound to do so. No matter how boring, no matter how poorly written. Patrons will turn in a book complaining about how bad it was; yet they read till the bitter end. It is not like there is going to be a quiz or they have invested big money.
I choose a novel for entertainment and escapism. If the writing, the plot or the characters do not capture me, I feel no obligation and will quickly say good-bye to the novel. There are too many books waiting to be read for me to waste time on one that does not interest me.
Where do you fall in this category? Do you read every last page or throw it back after giving it a fair chance? What are your criteria for sticking it out or giving up? What will cause you to close the book?

**Comments are what bring a blog to life. If you are not familiar with blogs, it is easy to leave a comment. Click on the “comments” link below this paragraph. In the space provided, leave your message. It is not necessary to have a blog or special account. You can chose “anonymous” as your identity and sign with just a first name only if you choose.

Each month, only a few books reach the top of the fiction bestseller lists, but there are many more terrific titles available at the Library. Here are some recent favorites.

Take one food writer named Cranky Agnes, add a hitman named Shane, mix them together with a Southern mob wedding, a missing necklace, two annoyed flamingos, and a dog named Rhett, and you've got a recipe for a sexy, hilarious novel about the disastroud side of true love.
"A comic caper and caucous romance...laugh-out-loud funny" --Kirkus Reviews

You're invited to the charming Delta town of Second Creek, Mississippi, known for its chatty citizens, unusual weather phenomena, and elegant ballroom dancing in the most unlikely places.
"As a group of eccentric widow ladies dance in the aisles of the Piggly Wiggly, they'll have you rolling in them." -Ann B. Ross

The enchanting sequel to Waltzing at the Piggly Wiggly, a Southern Charmer about second chances in love and life, and the odd-oddly funny-events that bring people together.

This book is filled with sassy Southern humor as well as romance and mystery.
"Sassy and sexy Cash's big-haired heroines dish up Texas-size fun." -Carol Haggas
"The order of the day is entertainment, and the book piles it on." - Publishers Weekly
Posted by Library at 4:40 PM No comments: 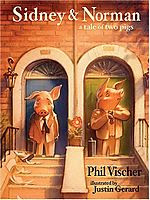 Back of the Book:

"Life had always been easy for Norman. He was, after all, a good pig...not like his neighbor, Sidney. Rules and systems and schedules--they all seemed a bit slippery to Sidney. Norman couldn't help but look down on Sidney, and Sidney couldn't help but look down on himself--until, that is, the day they each received an invitation from God. He had something to tell them.

Master storyteller and VeggieTales creator Phil Vischer spins a delightful tale for kids and grownups alike about two very different pigs and the simple messages from God that change the way they view each other...and themselves."

It’s for adults as much as kids.
It helps you see yourself the way God sees you.
The thoughts lingered after the book was finished and made it even more enjoyable the second time through.

Posted by Library at 4:20 PM No comments: