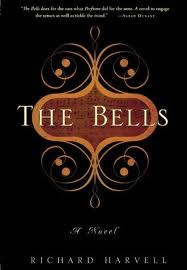 The celebrated opera singer Lo Svizzero was born in a belfry high in the Swiss Alps where his mother served as the keeper of the Loudest and Most Beautiful Bells in the land. Shaped by the bells' glorious music, he possessed as a boy an extraordinary gift for sound. But when his preternatural hearing was discovered--along with its power to expose the sins of the church--young Moses Froben was cast out of his village with only his ears to guide him in a world fraught with danger.
Rescued from certain death by two traveling monks, he finds refuge at the vast and powerful Abbey of St. Gall. There,his ears lead him through the ancient stone hallways and past the monks' cells into the choir, where he aches to join the singers in their strange and enchanting song. Suddenly Moses knows his true gift, his purpose. Like his mother's bells, he rings with sound, and soon he becomes the protégé of the Abbey's brilliant yet repulsive choirmaster, Ulrich.
But it is his gift that will cause Moses' greatest misfortune: determined to preserve his brilliant pupil's voice, Ulrich has Moses castrated. Now a young man, he will forever sing with the exquisite voice of an angel--a musico--yet, in the eighteenth century, castration is an abomination in the Swiss Confederation, and so he must hide his shameful condition from his friends and even from the girl he has come to love. When his saviors are exiled and his beloved leaves St. Gall for an arranged marriage in Vienna, he decides he can deny the truth no longer and follows her--to sumptuous Vienna, to the former monks who saved his life, to an apprenticeship at one of Europe's greatest theaters, and to the premiere of one of history's most beloved operas.
In his confessional letter to his son, Moses recounts how his gift for sound led him on an astonishing journey to Europe's celebrated opera houses and reveals the secret that has long shadowed his fame: How did Moses Froben, world-renowned musico, come to raise a son who by all rights he could never have sired?


More New Books.......
Ape House, by Sara Gruen
Bad Blood, by John Sanford
Best of the Best Cookbook, by Food and Wine
Brave Girl Eating, by Harriet Brown
Crashers, by Dana Haynes
Danse Macabre, Gerald Elias
Emily Hudson, by Melissa Jones
Freedom, by Jonathan Franzen
Here's The Deal, Don't Touch Me, by Howie Mandel
If You Can't Come In, Smile As You Go By, by Cindy Rice Holster
Legacy, by Danielle Steel
Lost Empire, by Clive Cussler
Not By Chance Alone, by Elliot Aronson
Nothing Happens Until It Happens to You, by T.M. Shine
Packing For Mars, by Mary Roach
Santa Fe Edge, by Stuart Woods
The Secret Kept, by Tatiana De Rosnay
Seventeen Second Miracle, by Jason Wright
Sonderberg Case, by Elie Wiesel
Thereby Hangs a Tail, by Spencer Quinn
To Fetch a Thief, by Spencer Quinn
The Vaults, by Toby Ball
Waking Up In Dixie, by Haywood Smith
1022 Evergreen Place, by Debbie Macomber
Posted by Library at 5:04 PM No comments:

The TexShare Card is a statewide library card for registered patrons of participating libraries.  Patrons will have access to library materials not available at their local libraries.  A majority of Texas libraries participate in the Card Program.  This week we finalized procedures necessary for our library to be a part of the program.

Lending policies are set by each participating library. Some restrictions apply. For more information or to take advantage of the TexShare Card Program, contact the library or visit the TexShare site.
Posted by Library at 4:31 PM No comments:

Balthazar Jones lives in the Tower of London with his wife, Hebe, and his one-hundred-eighty-one-year-old pet tortoise, Mrs. Cook. That's right: he is a Beef-eater (they really do live here). It's no easy job navigating the trials and tribulations that come with living and working in the largest tourist attraction in present-day London.
Among the eccentric characters who call the Tower's maze of ancient buildings and spiral staircases home are the Tower's Rack & Ruin barmaid, Ruby Dore, who just found out she's pregnant; life-long bachelor Reverend Septimus Drew, who secretly pens a series of principled erotica; the philandering Ravenmaster with an eye for revenge when one of his insufferable flock turns up dead; Valerie Jennings, Hebe's best friend who is secretly in love with the tattooed ticket inspector, Arthur Catnip; and the ghost of Sir Walter Raleigh, whose nighttime smoking and clanging around the Tower are ruining everyone's sleep.
The once white-hot flame of Balthazar and Hebe's love has dwindled since the loss of their son. Hebe finds solace in her work at the London Underground's Department of Lost Things, where she attempts to reunite lost objects with their rightful owners (among the handbags and keys, the storehouse is filled with a trove of strange objects, including Dustin Hoffman's Academy Award, 157 pairs of false teeth, and an uncrackable safe). But Balthazar has not been able to shed a tear since the tragedy, and Hebe is growing more distant by the day.
Their marriage is teetering on the brink when Balthazar is tasked with opening an elaborate menagerie within the Tower walls to house the unusual animal gifts the Queen is given by foreign dignitaries. Life at the Tower is about to get all the more interesting. The penguins escape, the giraffes are stolen, the lovebirds hate one another....Balthazar is in charge, and things are not exactly running smoothly. It is at this point that the beloved tortoise "runs" away and Hebe decides to leave. What a Beef-eater to do? 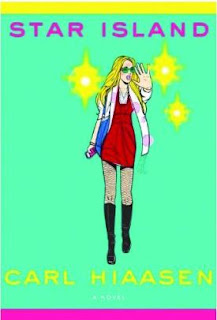 Meet twenty-two-year-old Cherry Pye (née Cheryl Bunterman): a pop star since she was fourteen-and about to attempt a comeback from her latest drug-and-alcohol disaster.
Now meet Cherry again: in the person of her "undercover stunt double," Ann DeLusia. Ann portrays Cherry whenever the singer is too "indisposed"-meaning wasted- to go out in public. And it is Ann-mistaken-for-Cherry who is kidnapped from a South Beach hotel by obsessed paparazzo Bang Abbott.
Now the challenge for Cherry's handlers(über-stage mother; horndog record producer; nipped, tucked, and Botoxed twin publicists; weed whacker-wielding bodyguard) is to rescue Ann while keeping her existence a secret from Cherry's public-and from Cherry herself.
The situation is more complicated than they know. Ann has had a bewitching encounter with Skink-the unhinged former governor of Florida living wild in a mangrove swamp-and now he's heading to Miami to find her...
Will Bang Abbott achieve his fantasy of a lucrative private photo shoot session with Cherry Pye? Will Cherry sober up in time to lip-synch her way through her concert tour? Will Skink track down Ann DeLusia before Cherry's motley posse does?
All will be revealed in this hilarious spin on life in the celebrity fast lane.

Posted by Library at 2:50 PM No comments: