Returning author Cyndi Lord is having a book reading and signing..... 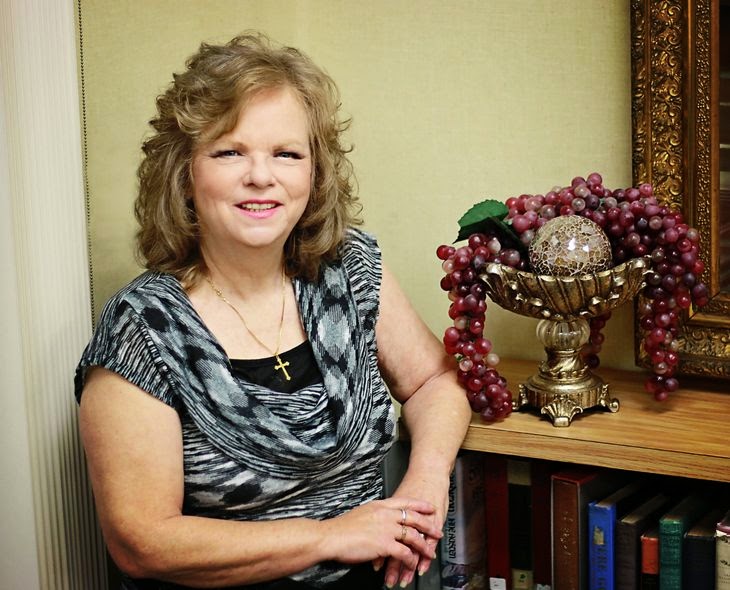 Author Cyndi Lord will be at the library on
Tuesday, May 6th @ 10:00 a.m. to read her children's book
Nate the Owl during our story-time hour. Available for all ages!

On Wednesday, May 7th from 3 - 5:30
Cyndi will be here for another book signing bringing her debut novel They Call Me Murdered as well as her children's book Nate the Owl and her new inspirational novel A Plain Wish.

Come by and get your copy!!!
See you then!

Check out these newbies... 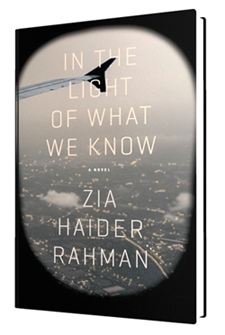 One September morning in 2008, an investment banker approaching forty, his career in collapse and his marriage unraveling, receives a surprise visitor at his West London town house. In the disheveled figure of a South Asian male carrying a backpack, the banker recognizes a long-lost friend, a mathematics prodigy who disappeared years earlier under mysterious circumstances. The friend has resurfaced to make a confession of unsettling power. 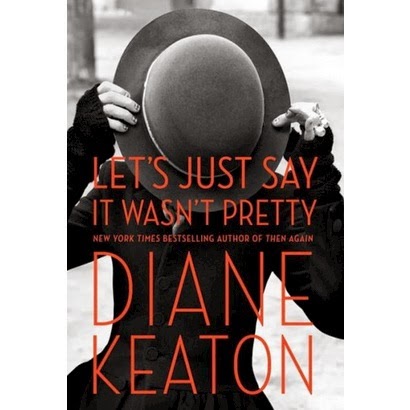 Diane Keaton has spent a lifetime coloring outside the lines of the conventional notion of beauty. In this book she shares the wisdom she's accumulated through the years as a mother, daughter, actress, artist, and international style icon. This is a book only Diane Keaton could write - a smart and funny chronicle of the ups and downs of living and working in a world obsessed with beauty.
Keaton offers up a message of empowerment for anyone's who ever dreamed of kicking back against the "should"s and "supposed to"s that undermine our pursuit of beauty in all its forms. From a mortifying encounter with a makeup artist who tells her she needs to get her eyes fixed to an awkward excursion to Victoria's Secret with her teenage daughter, Keaton shares funny and not-so-funny moments from her life in and out of the public eye. 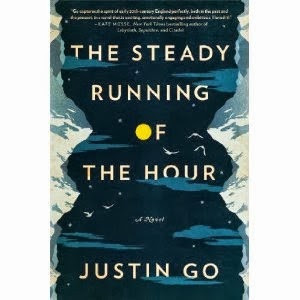 In 1924, the English mountaineer Ashley Walsingham dies attempting to summit Mount Everest, leaving his fortune to his former lover, Imogene Soames-Andersson - whom he has not seen in seven years. Ashley's solicitors search in vein for Imogene, but the estate remains unclaimed.
Nearly eighty years later, new information leads the same law firm to Tristan Campbell, a young American who could be the estate's rightful heir. If Tristan can prove he is Imogene's descendant, the inheritance will be his. But with only weeks before Ashley's trust expires, Ashley must hurry to find the evidence he needs. 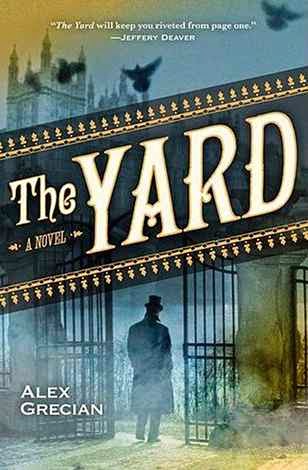 Victorian London is a violent cesspool of squalid depravity. Only twelve detectives - the Murder Squad - are expected to solve the thousands of crimes committed here each month. Formed after the Metropolitan Police's spectacular failure in capturing Jack the Ripper, the Murder Squad suffers the brunt of public contempt. But no one can anticipate the brutal murder of one of their own...
A Scotland Yard inspector has been found stuffed in a black steamer trunk at Euston Square Station, his eyes and mouth sewn shut. When Walter Day, the squad's new hire, is assigned to the case, he finds a strange ally in Dr. Bernard Kingsley, the Yard's first forensic pathologist. Their grim conclusion: This was not just a random, bizarre murder. It appears that the police - possibly the squad itself - are being targeted, and the devious killer shows no sign of stopping before completing his grim duty. But Inspector Day has one more surprise, something even more shocking than the crimes: the killer's motive. 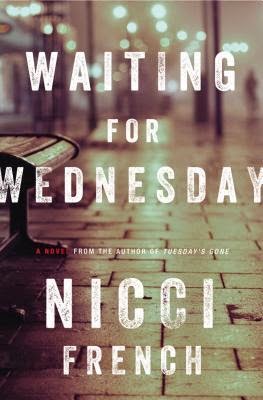 Ruth Lennox, mother of three, is found dead in a pool of her own blood. Struggling to piece together a motive, Detective Chief Inspector Karlsson calls in Freida Klein, hoping her psychological insights and keen powers of observation will offer a new angle on the case.
But when it emerges that the mother was leading a secret life, her family closes ranks. Freida herself is distracted, still reeling from an attempt on her life, and grappling with her own depression and a rare feeling of vulnerability. Her longtime lover, Sandy, worries about her - especially when Freida arrives unannounced on his doorstep in New York City. Then a patient's chance remark rings an alarm bell for Freida, sending her down a dangerous path that seems to lead to a serial killer who's long escaped detection. Is Freida getting closer to unraveling either case? Or is she just the victim of her own paranoid, fragile mind? Because as Freida knows, every step closer to a killer is one more step into a darkness from which there may be no return... 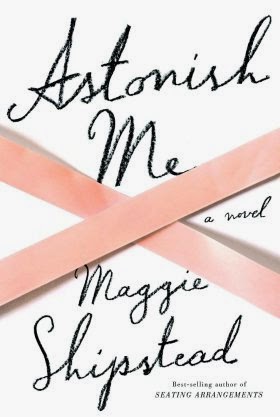 Joan, a young American dancer helps a Soviet ballet star, the great Arslan Rusakov, defect in 1975. A flash of fame and a passionate love affair follow, but Joan knows that, onstage and off, she is destined to remain in the background. She will never possess Arslan, and she will never be a prima ballerina. She will rise no higher than the corps, one dancer among many.
After her relationship with Arslan sours, Joan plots to make a new life for herself. She quits ballet, marries a good man, and settles in California with him and their son, Harry. But as the years pass, Joan comes to understand that ballet isn't finished with her yet, for there is no mistaking that Harry is a prodigy. Through Harry, Joan is pulled back in a world she thought she left behind - back into dangerous secrets, and back, inevitably, to Arslan. 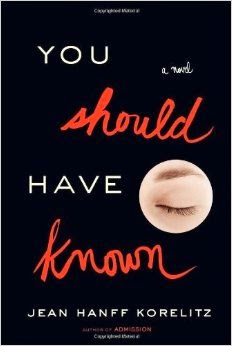 Grace Reinhart Sachs is living the only life she ever wanted for herself, devoted to her husband, a pediatric oncologist at a major cancer hospital, their young son Henry, and the patients she sees in their therapy practice. Grace is also the author of the forthcoming You Should Have Known, a book in which she castigates women fro not valuing their intuition and calls upon them to pay attention to their first impressions of men.
But weeks before the book is published, a chasm opens in her own life: a violent death, a missing husband, and, in the place of a man she thought she knew, only a chain of terrible revelations. Left behind in the wake of the spreading and very public disaster, and horrified by the ways in which she has failed to heed her own advice, Grace must dismantle one life and create another for her child and herself.

And don't forget these...
Accident, by Chris Pavone
Baptism, by Max Kinnings
Blossom Street Brides, by Debbie Macomber
Cairo Affair, by Olen Steinhauer
Carnal Curiousity, by Stuart Woods
Chance, by Robin Carr
Collector, by Nora Roberts
Creating Moments of Joy, by Jolene Brackney
Creativity, Inc., by Ed Catmull
Divide, by Matt Taibbi
Don't Hurry Me Down to Hades, by Susannah J. Ural
End of Diabetes, by Joel Fuhrman
Everybody's Got Something, by Robin Roberts
Everything to Lose, by Andrew Gross
Flash Boys, by Michael Lewis
Foundling Boy, by Michel Deon
Incendiary Girls, by Kodi Scheer
I've Got You Under My Skin, by Mary Higgins Clark
Last Bride, by Beverly Lewis
Live to See Tomorrow, by Iris Johansen
Missing You, by Harlan Coben
Murder Simply Brewed, by Vannetta Chapman
NYPD Red 2, by James Patterson
Otherwise Engaged, by Amanda Quick
Outside: 6 short stories, by Barry Lopez
Poacher's Daughter, by Michael Zimmer
Promise of a Pencil, by Adam Braun
Raiders of the Nile, by Steven Saylor
Secret Keeper, by Beverly Lewis
Sensible Arrangement, by Tracie Peterson
Shadow Spell, by Nora Roberts
Sorrel Moon, by Cotton Smith
Spirit Keeper, by K. B. Laugheed
Storied Life of A.J. Fikry, by Gabrielle Zevin
Target, by David Baldacci
Under Magnolia, by Frances Mayes
Without Warning, by David Rosenfelt
Word Exchange, by Alena Graedon
Posted by Library at 2:38 PM No comments:

Books we talked about at Brown Bag Book Club! 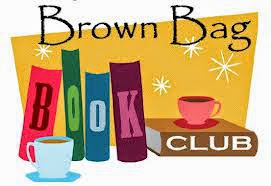 The All-Girl's Filling Station's Last Reunion, by Fannie Flagg
Safe With Me, by Amy Hatvany
Shouting Won't Help, by Katherine Bouton
Until the End of Time, by Danielle Steel
The Thief, by Stephanie Landsem
Murder Simply Brewed, by Vannetta Chapman
The Clifton Chronicle series, by Jeffrey Archer
First Love, by James Patterson
Shoot the Moon, by Billie Letts
Divergent, by Veronica Roth
Mao's Last Dancer, by Li Cunxin
Michaelangelo and the Pope's Ceiling, by Ross King
Beach House, by James Patterson
Nineteen Minutes, by Jodi Picoult
The General and his Labyrinth, by Gabriel Garcia Marquez
Roses, by Leila Meacham
A Marriage in Middlebury, by Anita Higman
Millie's Treasure, by Kathleen Y'Barbo
Cary Grant, by Marc Eliot
Posted by Library at 2:59 PM No comments:

Interlibrary loan is back!

Need a book we don't have? Ask us about inter-library loan.
Posted by Library at 1:34 PM No comments:

Told in second-person narrative, Sous Chef is an immersive, adrenaline-fueled run that offers a fly-on-the-wall perspective on the food service industry, allowing readers to briefly inhabit the hidden world behind the kitchen doors, in real time. This exhilarating account provides regular diners and food enthusiasts alike a detailed insider's perspective, while offering fledgling professional cooks an honest picture of what the future holds, ultimately giving voice to the hard work and dedication around which chefs have built their careers. 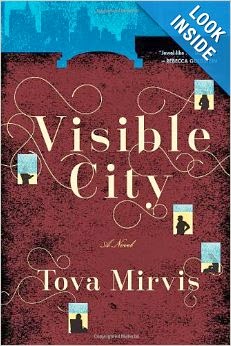 Nina spends her evenings spying on the older couple across the street through her son's Fisher-Price binoculars. She is drawn to their quiet contentment- reading on the couch, massaging each others feet- so unlike her own lonely, chaotic world of soothing and tending her children. One night, through that same window, she spies a young couple in the throes of passion. Who are these young people, and what happened to her symbol of domestic happiness?
In the coming weeks, Nina encounters both the older couple and the young lovers on the streets of her neighborhood, and as anonymity gives way to different- and sometimes dangerous- forms of intimacy, they all begin to question their own paths. With enormous empathy and a keen observational eye, Mirvis introduces a constellation of characters we all know: twenty-somethings unsure about commitments they haven't yet made; thirty-somethings unsure about the ones they have; and sixty-somethings whose empty nest summons regret and doubt. 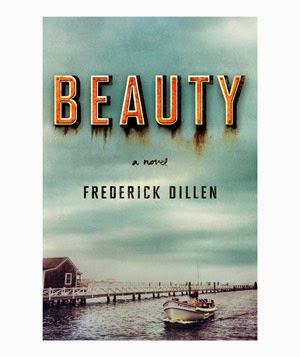 As a corporate "undertaker" for a mergers and aquisitions firm in New York, Carol MacLean travels from factory to factory, firing blue-collar workers who remind her of her father and the kids she grew up with. She hates her job. But Carol has been biding her time: her boss has promised that one day, after she has paid her dues, Carol will get to run a company instead of bury it.
On what is supposed to be her last assignment, Carol travels up the coast of Massachusetts to a desperate fishing town where the lobster and day boats cluster around the inner harbor, the blue steeples of the Portuguese church stand tall on the horizon, and the last remaining fish processing plant is in its death throes. That's when she learns she is about to be fired.

Posted by Library at 4:28 PM No comments: