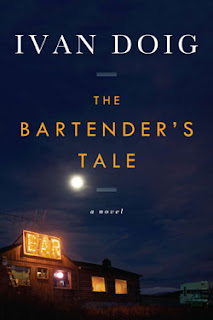 Tom Harry has a streak of frost in his black pompadour and a venerable bar called the Medicine Lodge, the chief watering hole and last refuge of the town of Gros Ventre, in northern Montana. Tom also has a son named Rusty, an "accident between the sheets" whose mother deserted them both years ago. The pair make an odd kind of family, with the bar their true home, but they manage just fine.
Until the summer of 1960, that is, when Rusty turns twelve. Change arrives with gale force, in the person of Proxy, a taxi dancer Tom knew back when, and her beatnik daughter Francine. Is she, as Proxy claims, the unsuspected legacy of her and Tom's past? Without a doubt, Francine is an unsettling gust of the future, upending every certainty in Rusty's life and generating a mist of passion and pretense that seems to obscure everyone's vision but his own. As Rusty struggles to decipher the oddities of adult behavior and the mysteries build toward a reckoning, Ivan Doig wonderfully captures how the world becomes bigger and the past more complex in the last moments of childhood. 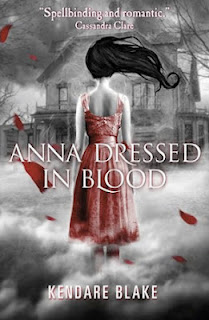 Cas Lowood has inherited an unusual vocation: he kills the dead.
So did his father before him, until his gruesome murder by a ghost he sought to kill. Now, armed with his father's mysterious and deadly athame, Cas travels the country with his kitchen-witch mother and their spirit-sniffing cat. Together they follow legends and local lore, trying to keep up with the murderous dead - keeping pesky things like the future and friends at bay.
When they arrive in a new town in search of a ghost the locals call Anna Dressed in Blood, Cas doesn't expect anything outside of the ordinary: move, hunt, kill. What he finds instead is a girl entangled in curses and rage, a ghost like he's never faced before. She still wears the dress she wore on the day of her brutal murder in 1958: once white, but now stained red and dripping blood. Since her death, Anna has killed any and every person who has dared to step into the deserted Victorian house she used to call home.
But she, for whatever reason, spares his life.

Also...
Every Noble Knight, by Maggie Bennett
The Girl of Nightmares, by Kendare Blake
One Hundred Flowers, by Gail Tsukiyama
The Inn at Rose Harbor, by Debbie Macomber
The Letter, by Marie Tillman
Love Story, by Nichole Nordeman
My Extraordinary Ordinary Life, by Sissy Spacek
To Love and Cherish, by Tracie Peterson ﻿
Posted by Library at 3:27 PM No comments: