In the early 1970's, two idealistic young people-Gwen Carpenter and Calvin Voisin-decided to leave civilization and re-create the vanished simple life of their grandparents in the heart of Louisiana's million-acre Atchafalaya River Basin Swamp. Armed with a box of crayons and a book called How to Build your Home in the Woods, they drew up plans to recycle a slave-built structure into a houseboat. Without power tools or building experience they constructed a floating dwelling complete with a brick fireplace. Towed deep into the sleepy waters of Bloody Bayou, it was their home for eight years. This is the tale of the not-so-simple life they made together-days spent fishing, trading, making wine, growing food, and growing up-told by Gwen with grace, economy, and eloquence.


Don't forget these...
Any Minute, by Joyce Meyer
Crazy Love, by Francis Chan
Echo in the Bone, by Diana Gabaldon
Happily Ever After, by Susan May Warren
June Bug, by Chris Fabry
Lost Symbol, by Dan Brown
Maggie Rose, by Sharlene MacLaren
The Noticer, by Andy Andrews
Perfect Match, by Susan May Warren
Plain Perfect, by Beth Wiseman
Plain Promise, by Beth Wiseman
Seeing Things, by Patti Hill
Showers in Season, by Beverly LaHaye
The Siege, by Stephen White
South of Broad, by Pat Conroy
Time to Surrender, by Sally John
The Traveler's Gift, by Andy Andrews
Tying the Knot, by Susan May Warren
When Love Blooms, by Robin Lee Hatcher
Where the Blind Horse Sings, by Kathy Stevens
Winding Road Home, by Sally John 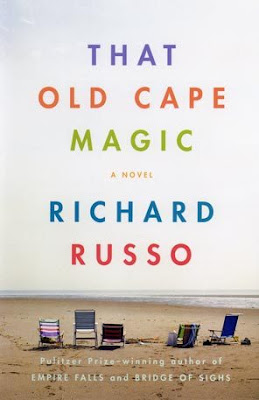 Griffin has been tooling around for nearly a year with his father's ashes in the trunk, but his mother is very much alive and not shy about calling on his cell phone. She does so as he drives down to Cape Cod, where he and his wife, Joy, will celebrate the marriage of their daughter Laura's best friend. For Griffin this is akin to driving into the past, since he took his childhood summer vacations here, his parents' respite from the hated Midwest. And the Cape is where he and Joy honeymooned, in the course which they drafted the Great Truro Accord, a plan for their lives together that's now thirty years old and has largely come true. He'd left screenwriting and Los Angeles behind for the sort of New England college his snobby academic parents had aspired to in vein; they'd moved into an old house full of character; and they'd started a family. Check, check, and check.
But be careful what you pray for, especially if you manage to achieve it. By the end of this perfectly lovely weekend, the past has so thoroughly swamped the present that the future suddenly hang sin the balance. And when, a year later, a far more important wedding takes place, their beloved Laura's, on the coast of Maine, Griffin's chauffeuring two urns of ashes as he contends once more with Joy and her large, unruly family, and both he and she have brought dates along. How in the world could this have happened?


Also...
Best Friends Forever, by Jennifer Weiner
Blindman's Bluff, by Faye Kellerman
The Bride's Farewell, by Meg Rosoff
Cast of Characters, by Max Lucado
Fearless, by Max Lucado
The Girl Who Played With Fire, by Stieg Larsson
Jesus, the Greatest Life of All, by Charles R. Swindoll
The Last Song, by Nicholas Sparks
Love is a Verb, by Gary D. Chapman
Of Bees and Mist, by Brick Setiawan
Owners Manual for Christians, by Charles R. Swindoll
Rules of Vengeance, by Christopher Reich
Sarahs Key, by Tatiana De Rosnay
Siege, by Stephen White
Smash Cut, by Sandra Brown
Super Salads, by Lynne Lewis
Sweet By and By, by Todd Johnson
That Old Cape Magic, by Richard Russo
Why Don't Students Like School?, by Daniel T. Willingham
Posted by Library at 1:01 PM No comments: 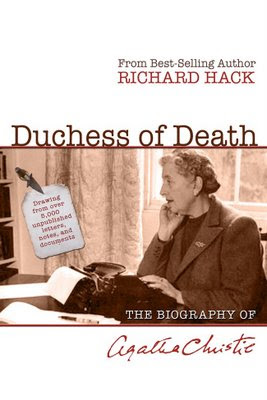 She is the most popular novelist in history. Yet the drama and torment of Agatha Christie's private life remains a mystery even to her most ardent fans. She made no secret of her disdain for the press and for those who wished to intrude on her private life.


Also just in..
Everything Piano Book, by Evan Copp
In the President's Secret Service, by Ronald Kessler
Posted by Library at 8:57 AM No comments: