Today we have to offer to you: city dogs, an injured elephant and a cloned grandmother. Fortunately, or unfortunately, as the case may be, not all in the same book. 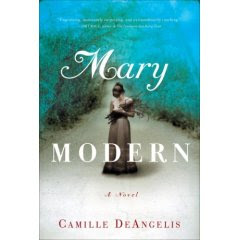 A frustrated genetic researcher manages to clone her grandmother, Mary, bringing her to life as a twenty-two year-old whose last memories are of 1929. Both entertaining and thought provoking, this engrossing debut novel by Camille DeAngelis has been compared to a modern day Frankenstein with intriguing plot twists and romance added to the mix. 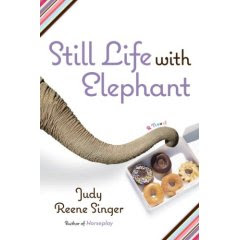 When her veterinarian husband tells her he is getting a colleague, Neelie Sterling thought he was getting a collie, until she meets the pretty blond assistant. A trip to Zimbabwe to rescue an injured elephant also proves healing to Neelie, as she learns about herself as a wife and mother. Her trip to self-discovery is filled with many laugh-out-loud moments along the way. 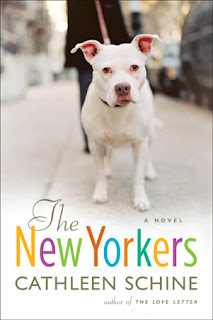 In Cathleen Schine’s new novel, The New Yorkers, we are given an insight to the thoughts and aspirations, successes and failures of an ensemble cast living on the same non-descript street in Manhattan as their lives cross through the dogs they each own and love. Cathleen Schine once again crafts a delightful novel involving the sometimes complicated, sometimes comic workings of the human heart.


Among our July books are some old favorites, tried and true, such as James Patterson, Nora Roberts, James Lee Burke and Jude Deveraux. Also on the list are some new authors that you might want to give a try: Camille DeAngelis, Dorie Lawson, and new to the library, Judy Singer, Doug Stumpf, and Katherine Taylor.


Now available for check out:
Along Comes a Stranger, by Dorie Lawson
Big Girls, by Susannah Moore
Blaze, by Richard Bachman
Bright of the Sky, by Kay Kenyon
Confessions of a Wall Street Shoeshine Boy, by Doug Stumpf
Crooked Letter, by Sean Williams
Ever Running Man, by Marcia Muller
Heart in the Right Place, by Carolyn Jourdan
Her Royal Spyness, by Rhys Bowen
High Noon, by Nora Roberts
Judas Strain, by James Rollins
Julia's Chocolates, by Cathy Lamb
Lost and Found, by Jacque Sheehan
Meet Me in Venice, by Elizabeth Adler
Quickie, by James Patterson
Rules for Saying Goodbye, by Katherine Taylor
Sailing to Capri, by Elizabeth Adler
Savages, by Bill Pronzini
Someone to Love, by Jude Deveraux
Something More, by Janet Dailey
Tin Roof Blowdown, by James Lee Burke
Virgin River, by Robyn Carr
Wanted Man, by Linda Lael Miller
What Matters Most, by Luanne Rice
Whispering Rock, by Robyn Carr
Posted by Library at 2:06 PM No comments:

Flying off the shelves

If you want to read any of these books, you will have to get in line. We just can't keep them on the shelf!
Janet Evanovich's thirteenth Stephanie Plum novel has been eagerly awaited by her fans. Since it arrived in June, Lean Mean Thirteen hasn't spent much time in the library. If you haven't been introduced to Stephanie and her fun band of associates, you can begin with One for the Money and will no doubt continue with Two for the Dough, Three to Get Deadly......you get the idea.
Sandhills Boy is Elmer Kelton's personal account of growing up in Depression-era west Texas, recalling oilfield days and a stint in the Army in WWII Europe. Sandhills Boy promises to be an interesting read for Kelton fans.
Texas Showdown is actually two of Kelton's short novels written in the 1960s, Pecos Crossing and Shotgun, but managing to create new interest today. With fast-paced action and earthy characters, they are classic Kelton. He is the author of fifty novels and has earned countless honors including a record seven Spur Awards from Western Writers of America, Inc., an organization that has voted Kelton the greatest Western Writer of all time. Elmer Kelton is a native Texan living in San Angelo. 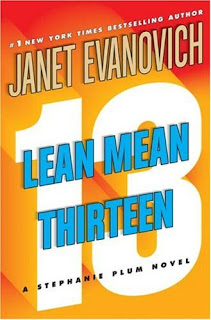 Posted by Library at 4:47 PM No comments:

After Diana - by Christopher Andersen
Bad Luck and Trouble - by Lee Child
Best Friends: 2 Women, 2 Continents - by Sara James
Blood of Flowers - by Anita Amirrezvani
Brothers: the Hidden History of the Kennedy Years -
by David Talbot
Companion - by Ann Granger
The Devil Who Tamed Her - by Johnna Lindsey
Divisadero - by Michael Ondaatje
Innocent as Sin - by Elizabeth Lowell
Lethally Blond - by Kate White
Maytrees - by Annie Dillard
On Borrowed Wings - by Chandra Prasad
Overlook - by Michael Connelly
Penny - by Joyce Meyer
Soon I Will be Invincible - by Austin Grossman
Spare Change - by Robert B. Parker
Stormy Weather - by Paulette Giles
Stroke Force - by Dale Brown
A Thousand Splendid Suns - by Khaled Hosseini
To My Dearest Friends - by Patricia Volk
Up in Honey's Room - by Elmore Leonard
When Day Breaks - by Mary Jane Clark
Without A Map - by Meredith Hall
Yiddish Policemen's Union - by Micnael Chabon
7 ox 7: a story of some ways in Texas - by P. A. Ritzer
1634: The Baltic War - David Webber
Posted by Library at 4:44 PM No comments: